Hello, I was browsing Bob Ludwig wikipedia page and found out this picture. 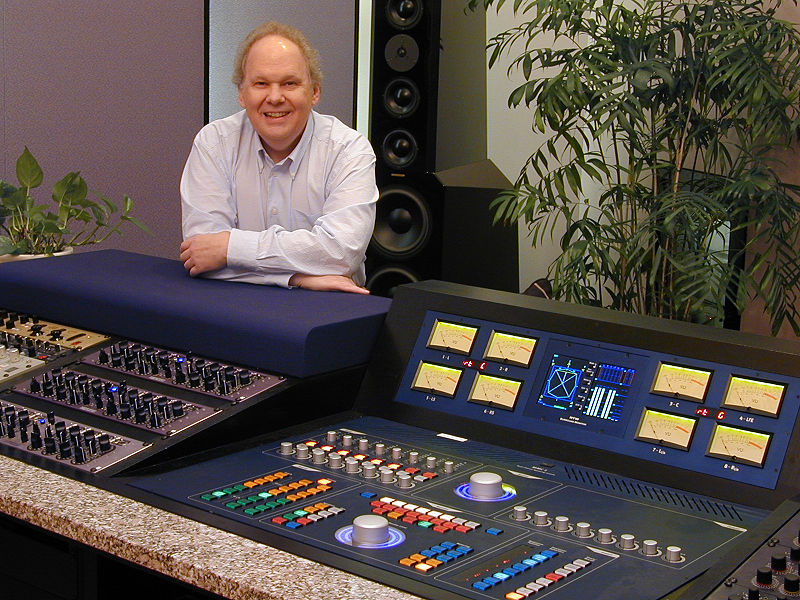 Does anyone know what are those equipments?
I mean all of them. The five partially seen on the left, the three on the right, the central one with 8 analog displays and 2 "circle controllers", and of course the monitors behind him. Never ever seem anything like it, newbie as I am.

Yours is not an easy question to answer. So I will postulate. G

Yours is not an easy question to answer. So I will postulate.

Guys like Bob Ludwig, Bernie Grundman and the rest, frequently have custom mastering consoles, built up for them. Not something you find on any shelf, anywhere.

The equipment to the left appears to be a couple of Manley, perhaps, Massive Passive, equalizers? To the left of those? It's anyone's guess?

And as you can see, Bob is using VU meters instead of PPM or, peak metering via steam gauge style metering. The display in the center likely provides for his peak metering and phase consistency seen on the left of the CRT/LCD display.

He is at the top of the pack with his all custom installation. So I don't see any noticeable, dynamics processing in this picture. It could be further to the right? With all of his equalization, to the left? It's hard to say in a limited picture like this?

Rushing right out and purchasing this equipment ain't going to make ya Bob Ludvig. No.

My idea is just to get to know the gear. Never heard or seen su

My idea is just to get to know the gear. Never heard or seen such high profile equips like this. I do not mean to own it, just know it. Thank you a lot for the quick response. It was a shot in the dark for me.

The console is an SPL MMC 1. It's an 8 track/channel mastering/

The console is an SPL MMC 1. It's an 8 track/channel mastering/mixing desk. SPL is a well known manufacturer of these types of consoles.

It is the main core of the mastering rig, handling everything from metering and levels to imaging, panning, and probably even speaker controls - in the picture you can see several different monitors, so I'm assuming that he probably uses the console to switch back and forth between them. My guess is that it's very possible that it's got some very nice pre's, probably Class A.

I've sat in on a mastering session or two in the past where the SPL was the mainframe of the mastering room.

It's a small step up from strapping a Waves L1 Limiter across the 2-Bus. ;)

I agree with Remy that the processors in the middle resemble Manley's. It's hard to tell what the gear on the far left is. Could be anything.

The silver faceplated one on the far left reminded me a lot of my Avalon channel strip for the design style, but it's not quite the same, rack screws aren't in the corners and there are other differences. Looking through Avalon's other stuff, I found this halfway down the page:

Has same logo placement, style of knob, colouring, and position of rack screws, I'd say it's one of those. Could only find one price online, $13,000 USD. Would make sense if that's the EQ section of the desk with Manleys etc. 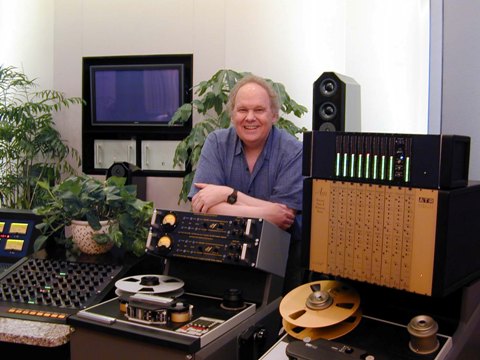 I wonder just how many albums Bob has mastered? For a long time

I wonder just how many albums Bob has mastered? For a long time, it seemed like his name was on everything released. LOL

Oh yeah... that Ampex, ATR 102, 1 inch, 2 track. Sweet. And that 2 inch, 8 track. Both machines have those esoteric third-party electronics. That eight track 2 inch I think has the electronics that were built up by the late Mike Spitz from ATR? He was the guy who also took over the Ampex tape manufacturing subsidiary.

To the right of his console and to the left of the machines, does look like some kind of programmable equalizers? Whose, I don't know?

You'd be smiling too. You know his stuff sounds nothing but good.
Mx. Remy Ann David

flippin EQ's man! I see Weiss on the bottom right 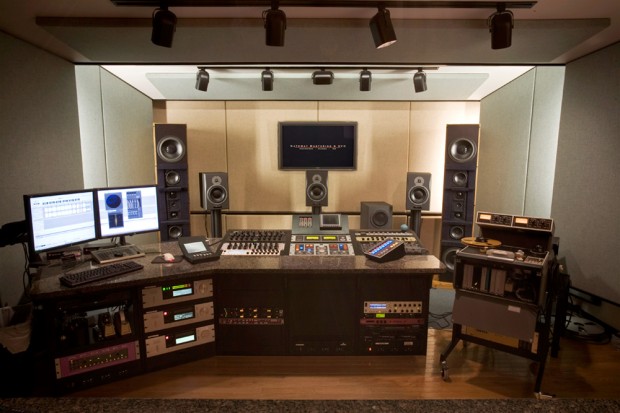 I see Weiss on the bottom right.

that was right on, thanks for posting. SPL Tube Vitalizerr on t

that was right on, thanks for posting.

SPL Tube Vitalizerr on the top far left of the OP and just above the transport right side above this post. I love SPL gear and the company just as much.
http://spl.info/en/products/eqs-vitalizerr/tube-vitalizerr/in-short.html

Manleys, SPL and it looks kinda like a Manley Pultec midrange EQ

Manleys, SPL and it looks kinda like a Manley Pultec midrange EQ just below the SPL. Those things work well for that mid clarity thingy we all seek ......

Ain't that the truth.!

for that mid range thing ... Pulse Techniques is where that's at

for that mid range thing ... Pulse Techniques is where that's at now. The MEQ-5 are amazing

When I think in terms of frequency ranges and how to best describe them, here's my adjective relation (IMHO of course):

Many of these ranges overlap, so that you can have "Drive" and "Clarity" occupying the same section of bandwidth...

So, mid-range "power" - I'm thinking of the 400 to 2k region, is a very wide region to have to deal with. But, the upper part of this region is where your "drive" happens, and unfortunately, it's also where most of your harshness happens as well.

Getting clarity without also getting harshness in that section of the mid-range has always been a bitch for me. It's such a fine line sometimes - when attenuating, it doesn't take much to take away definition, and by the same token, it takes so very little boost to make that range sound harsh... so, at some point, you have to look at the gear -and not only what it does... but also, how well it does it. There's no plug in - at least none that I've personally used - that can match up to a real Pultec.

Truthfully, the Pultec models would be one of the few exceptions I would make in terms of front-loading my audio I/O.... running incoming signal through those various models first and then going into the DAW.
I generally don't do much front loading because I don't have any gear right now that would be good enough to do so and make "that" kind of difference.

In terms of mastering facilities, It seems that most pro houses use a lot of SPL gear, they seem to be the go-to guys, at least from what I've seen. But in those same facilities, I've also seen plenty of peripheral stuff, some new, some vintage... like Manley, UA, and of course, Pultec.