I'm curious as to what people use for drum mic mounts. I am micing kits with three e604's on the toms and a 57 on the snare, d112, overheads etc, but the mzh 504 mounts that came with the e604's stick the mic almost into the middle of the drum. 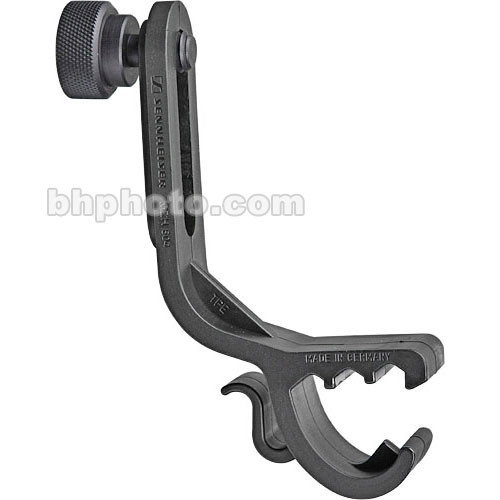 Has anyone used the a56d? I am worried that I will have the same problem that I've had with other drum mic mounts, where you screw the mic clip on, but when its tight its pointing in a bad direction, and the only option is to have the clip rather loose on the mount.

Hey SkamaWhoHa, You could try the Konig and meyer mic clamps. T

You could try the Konig and meyer mic clamps. They're really neat and every moving part tightens to a rubber seal. I use em on all sorts of drums and percussion. They do 2 types but I use the 24030. The other is the 24035.

Member Fri, 09/01/2006 - 00:03
I'm a fan of the Audix D-Vice mounts for kits mostly because of the flexibility. I can get some really good mic placements because this has a flexible gooseneck. No problems with vibrations or rattling at all.

Member Tue, 08/29/2006 - 07:16
If you're planning on using these for recording I suggest you look into getting regular stands for that.
You'll have a lot less problems with rattle and sound transmitting through the mic mount.
Yes, stands are less convenient, but are the best way for recording.
The only case I'd ever use a clip is I absolutely could not find a way to get a regular boom stand on a drum and the drummer cannot re-arrange his setup.

I've had relatively good results with the "LP" Latin percussion

RemyRAD Tue, 08/29/2006 - 22:19
I've had relatively good results with the "LP" Latin percussion microphone mounts, even for recording. They are adjustable enough so as to give you plenty of flexibility. They are also heavy and stable, no plastic.

No silicon for me
Ms. Remy Ann David

LP's "The Claw" works well, and Audix has a drum mount device th