Love the sound of the REVV. Warren Huart, good player too. That

Love the sound of the REVV. Warren Huart, good player too. That was a treat.
Gawd I miss hearing good players on the radio.

They are both a pair of characters, are they not, Larry & Warren

They are both a pair of characters, are they not, Larry & Warren?

Its on my bucket list to one day fly over to the NAMM shows just for a little Bo-Peep...I just don't know which one to do first

no. i have placed a mic on the lower bout but not facing away like they said.

my band had girl singers too.

Fricker has been accused of being abrasive, but I'm pretty sure that much of this has been as a result of working with so many clueless players over the years ( and lots of no-talent hacks, but, hey, somebody needs to record those people, right?)
If you get a chance, check out one of his "stupid texts from musicians" episodes. You'll both laugh and cry at the same time... laughing because of the way he presents the texts un-edited, and crying because these are real texts, and it's sad how unfortunate it is that these morons are actually out there these days.

I respect that he calls 'em as he sees 'em, and while he may sound caustic to some people at times, he's at least telling it like it is. He pulls no punches, and just maybe that's a part of what's been missing in our craft in recent years.
While I don't necessarily always agree with how he says things, at the end of the day, we pretty much see eye to eye on everything, including how frustrating it can be to run a small-to-mid level studio in the 21st century. ;)

He's also a big fan of REVV amplification, and his drum sounds - for the style he works in - are fantastic.

Also, he turned me on to a really nice sounding - yet affordable amp - The Peavey Windsor. Peavey built this amp to sound like a Marshall JCM800, and I finally got the chance to actually hear one a few months ago, while helping a friend look for a used tube amp. We came across a Windsor in the used section of GC, and I told him what I'd heard and learned about it. He was dubious at first, but then he played his LP through it, and within minutes, he bought it. ( I think he paid $250 for it?)

To my ears, this amp sounds remarkably close to a JCM800, which I myself had back in the 80's ( with a slanted 4x10 half-stack) and which I ( and many others who played through them) LOVED the sound of. The 800/900 have since become classic, iconic amps - and for good reason, because they sounded great for rock and blues ... But, as most here already know, used 800's/900's in decent condition are now going on the used market for roughly the price of a kidney and lung ( around $1200 for a 50 watt, and closer to $1800 for a 100 watt) - and I found the Windsor to be a really good sounding amp, and at a price tag that's much less than a used 800/900. ( Recent eBay prices are running around $300 for models in VGC.)
It's a strong, viable alternative to a Marshall. Paired with the right cabinet, and using the same guitar and player, I'm not sure I'd be able to hear the difference between it and an 800 in a blind test. I don't have one myself right now, but I'm sure as heck keeping an eye out for one.

Here's his episode on the Windsor amp ( NSFW, some language):

I love his stupid texts musicians videos...I think Iv'e seen them all.

I subscribe to his YT channel. As for being abraisive, I believe that while he comes across as such, I agree that he is the kind of guy who just tells it like it is...

he is the type of person I think would be great to hang out with, Maybe we should send him a shout out and do either a Q & A with him or something?

I think his contribution to audio and recording to date has been great, one of those guys who is giving in his knowledge and experience.

He'd fit right in here as part of the RO family, no doubt...theres' no BS with Glenn Fricker...that's for sure.

I'd love one of his Spectre Studios t-shirts..

Peavey makes good stuff if you know what to look for. I have a

Peavey makes good stuff if you know what to look for. I have a little 6505 combo that screams. For $500 new, $350 used, it's tough to beat for the hi gain 5150/triple rectifier type deal. They also make an amp called 'the classic' which we have at the studio for all around rock, and the jsx joe satriani model is a lot of fun.

One of my mates who has played with me for years has the Peavey Classic from the 80's...he was our rhythm guitarist in a couple of bands and plated a USA Strat through it.

It had a great all round tone for all those rock standards / covers we played.

Our lead guitarist played a Les Paul through a Marshall JCM 900...the Peavey and the Strat always held up solid and it was a great sounding combination all round.

A few years back he upgraded to a Marshall JCM 900 himself...but the Peavey wasn't going anywhere, I even offered to take it off his hands for a good price, but to this day there's just no way he'd part ways with it.

Can't say I'd blame him...its a good sounding amp. Apart from the odd tube upgrade, he hasn't had to touch it in near 30 years.

It may be a little older...he picked it up in the mid 80's secon

It may be a little older...he picked it up in the mid 80's second hand.

Its the same model as this pic 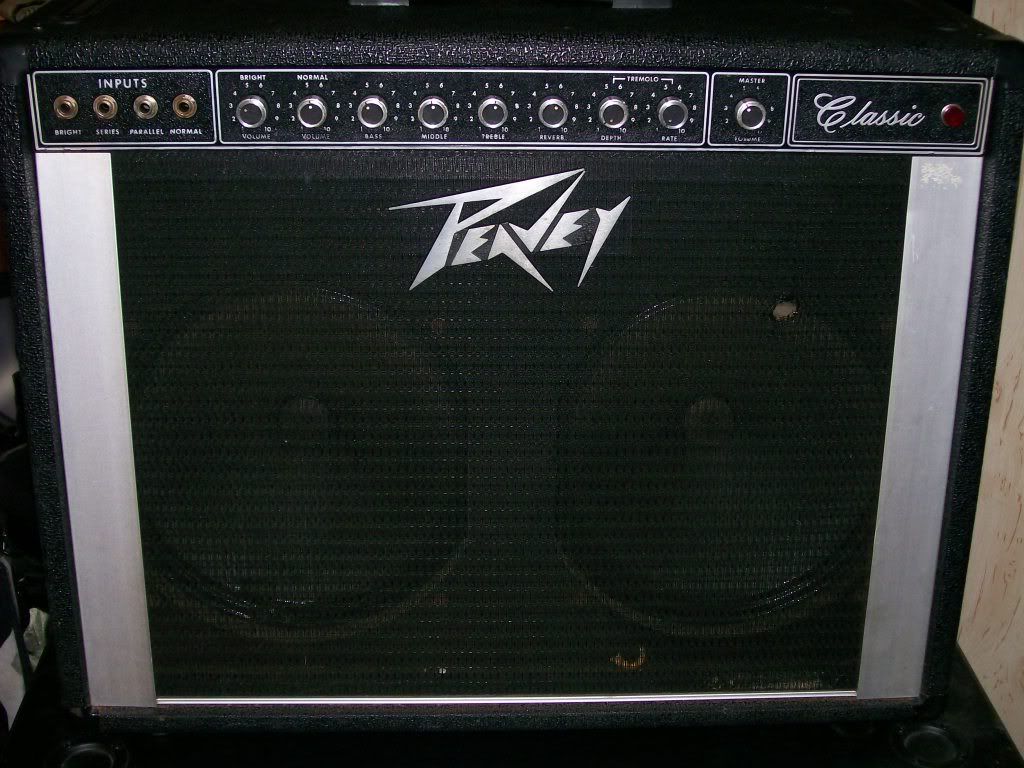 Lol that's soooo 80's in all the right ways. It just screams ro

Lol that's soooo 80's in all the right ways. It just screams rock club and pyro.

This is what I'm using my 414 cash plus a couple hundred for. Jackson soloist Sl2hb gonna pair it w this Marshall combo, while I save for the fractal axe efx digital amp head. I'm surprising my cousin by giving him my peavy 6505. He loves the tone, and he taught me how to play, he's the reason I got into guitar and hence ended up recording and designing. So it's a little thank you.

That marshal I played one note and was like 'sold'. lol I wasn't even looking for an amp... This was probably 6 months ago. 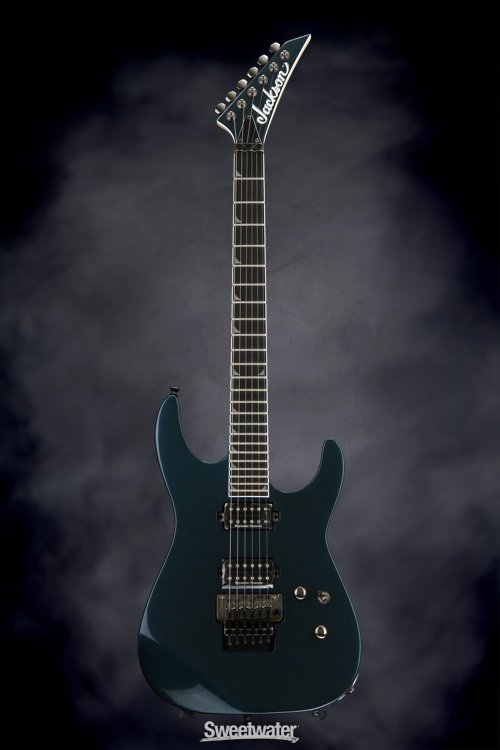 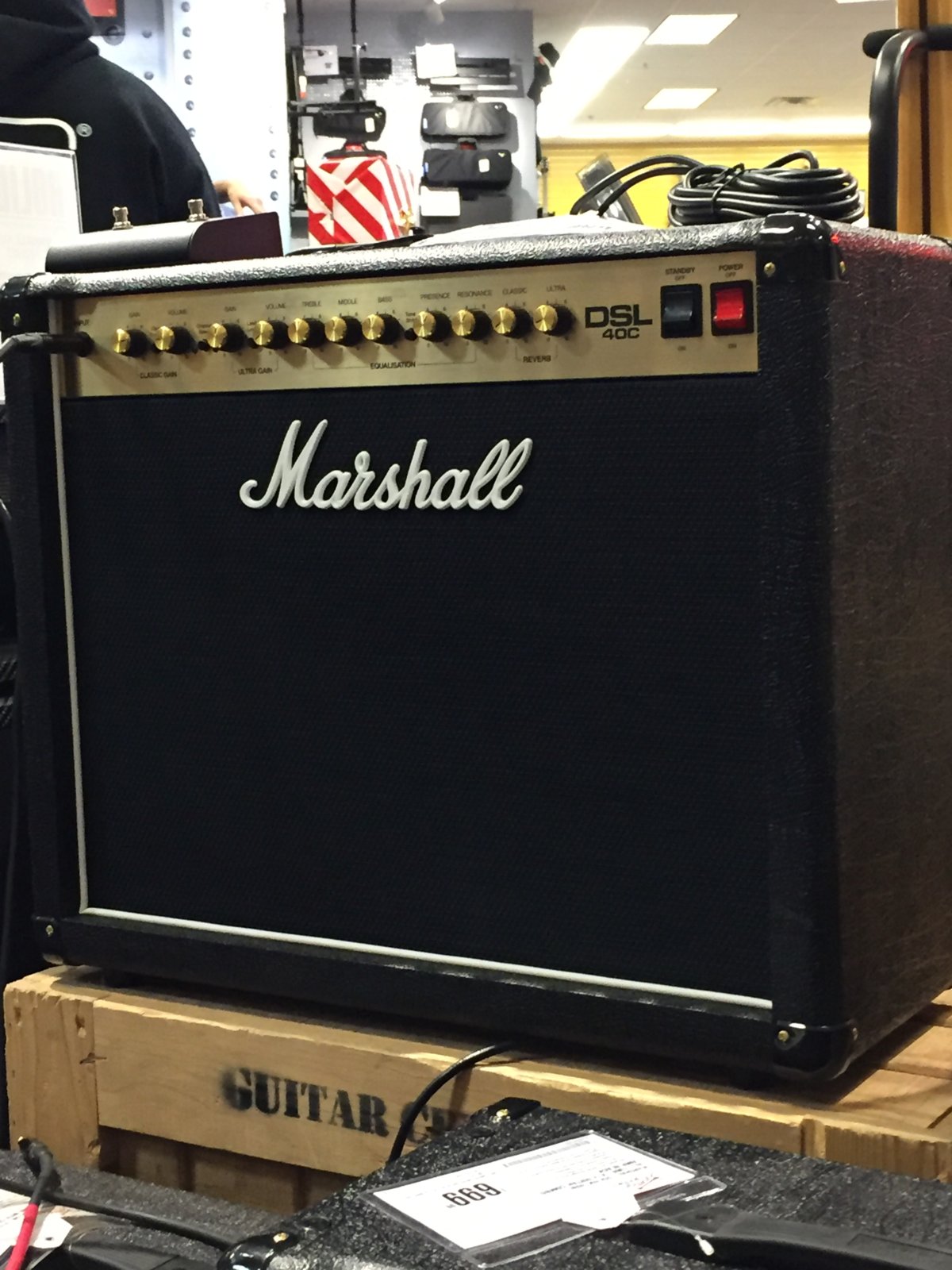 Whoops thought I was in private convo lol, but guess the secrets

Whoops thought I was in private convo lol, but guess the secrets out lol.