Headphone amps with audio interface capabilities? Does it exist?

I've recently moved to Mongolia and most of my gear is in Canada. I'd like to be able to do a bit of hobby recording but don't want anything too big or expensive and am wondering if there is anything on the market that has both audio interface and headphone amplifier capability in one unit. It doesn't need to be great quality as I've got good stuff in Canada I can bring next time I visit. Looking for something to tide me over basically and right now budget is tight. Right now I'm jamming with four others from work but we have no PA. I've got a set of HP4s in Canada which are great if you already have an interface you can use with them. If nothing like this exists maybe I'll get another HP4 along with a cheap interface so that we can hear the vocals when jamming but so I can also do a bit of recording if I want. Hoping to keep it within $100 to $200 if possible. Any suggestions? BTW, I'll post this in the interface thread too since I'm not sure which thread might be most likely to give me the best answer. Just a heads up so you don't waste time looking at both if you see this one first. Thanks in advance.

Boswell Sun, 10/09/2016 - 15:54
I don't know of a low-cost audio interface that has 4 separate stereo headphone outputs. To keep within your budget, you might be best getting the HP4 that you mentioned and then trying Ebay for an audio interface. You should look for one such as the Presonus Audiobox USB that has a mix control to blend live input sound with recorded sound from the computer going out to headphones.

Nor do I. I've seen i/o's with 2 HP, even a few that had 2 independent ( level, not mix) HP outs, but I'm not aware of any with 4.
You're just looking for a way to have 4 people monitor off of a USB i-o, and have control of their own individual HP levels, right?
I don't know about gear pricing in Mongolia, either. I wonder what these would cost to buy there, or have shipped there? 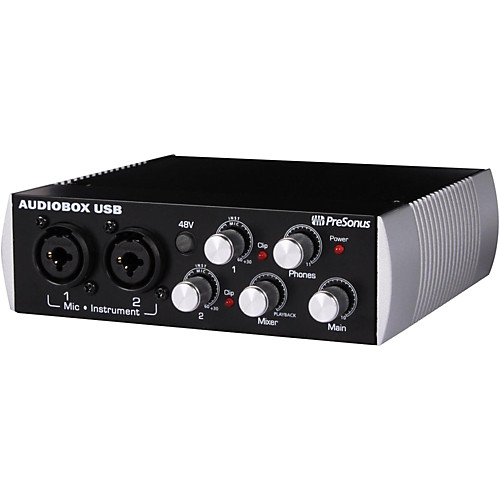 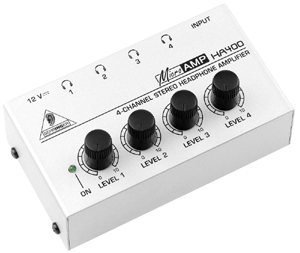 You'll need a balanced 1/4" to 1/4" cable to get from the Presonus's HP jack to the input of the Behringer HP amp, if you don't already have one...

The gain is gonna be a little shy on the Presonus, but as long as you're not using low output dynamics or ribbon mics, I think this would suffice for jamming, and "quick and dirty" recording.

The Behringer headphone amp that Donny was talking about is the

whoops... sorry! Apparently my fingers were moving faster than my brain.

I've corrected the typo. Thanks, Bos! :)