I know we were discussing this not long ago, well here they are!.

Ya, I just got the press release too. Their stuff is built reall

Tony Carpenter Wed, 04/15/2015 - 12:52
Not just built really well, this now adds the pre-emulations live in addition to separate live effects, that is the great upshift, don't you think?.

I say, if it makes us happy, that's all that matters.:D

2500 for the quad version of the line. Doesn't look like they've

I really like that you can use both realtime effects and uad effects on track already on the daw, all at once.

Really wish they would drop the mixer app, and get something seamless for popular DAws. I always find those things clumsy. I wonder if the mixer app is hui controllable, that'd be sweet with a control surface!

DonnyThompson Thu, 04/16/2015 - 00:47
I've never used the Apollo - nor have I seen the mixer app - but I agree that there are a few software-based mixer apps out there - proprietary to connected i/o devices - that are a bit clumsy.

In a nutshell, what's the difference between the Quad and the Twin, Kyle?

Dsp power aka the amount of chips. The quad duo and solo are the

The twin is the smallest interface on the line. It's got the duo Dsp power wich is fairly minimal, but I think runs a workable amount. While it's a bit of a tease, the stock pluggin pack is worth money, and with the realtime capability it's worth it almost as a standalone dsp alone. Lol. With a little io and I think even adat this thing is a beast. My interface is an m audio fw1814. Lmao. I'm thinking Mac mini w the twin via TB 2 will make killer front end for the new setup. I like pocket sized lately. If I gotta live with the deficiencies of digital I may as well bask in the positives too right?


Not too sure about the mixer Kyle, however, you can definitely control any of the UA plugins via hui/mcus. I am huge fan of even my quad card, it's a beast.

I have an Apollo Duo, with the Console app you have the option o

gdoubleyou Fri, 04/17/2015 - 14:57
I have an Apollo Duo, with the Console app you have the option of monitoring or tracking with UAD processing, control the hardware.
Currently it doesn't work with MIDI or a controller.

Over time the capabilities were enhanced with new firmware and software.
When I purchased mine the TB card wasn't in existence, and it before UA revealed Unison technology.

There are some configuration differences between the old and new

Line inputs on the older model are switchable from the front panel, and have connectors on the rear panel.

The black models have integrated mic/ line connections, meaning they cannot be wired to a pat bay.

I found the auto switching thing clumsy on the first one. glad


So then, you'll still need a separate midi i-o, right?

Other features aside, does anyone else here - other than myself - think that not incorporating a basic midi i-o into these models was a bit of a bonehead move on UA's part?

Yeah I'm surprised they left it out. I personally don't use muc

kmetal Wed, 04/22/2015 - 03:01
Yeah I'm surprised they left it out. I personally don't use much midi at all so wouldn't miss it. I'm ok with less capability if it improves the quality of what it actually does do.

One stereo pair of monitor outs was also a rediculous compromise for a pro level unit.

I've never owned an interface with integrated midi, no issue for


LOL... since years ago when I used a separate PCIe audio card and midi card i-o, I've never owned one that wasn't midi integrated. I guess it all depends on your own necessities.

I'm not saying it would be a deal breaker, I'm just saying that I'm a bit surprised that they wouldn't have included one. VSTi's have become so popular in DAW production, O would have thought that they would make their units as all encompassing as possible.

kmetal, post: 428309, member: 37533 wrote: One stereo pair of monitor outs was also a rediculous compromise for a pro level unit.


Is this true? If it is, I find that very odd as well.

OTOH, I don't see these features lacking as a deal-killer for those who are looking at these models. As far as tracking through processing, I don't think that I would care as much about it, but I still think it's an attractive feature, because I can see where many users would really like being able to track through their plugs, if they wish. I would think that there are plenty of users who would like the option of printing thru something like an 1176 or LA2 plug on the way to their DAW.

Looks like it's the same deal on the new one. 'Alt' crap doesn't

kmetal Thu, 04/23/2015 - 04:34
Looks like it's the same deal on the new one. 'Alt' crap doesn't cut it on something like this. It's confusing for routing. Lmao, just add a couple more jacks and circuitry and charge another $300. These things are cool tho, bang for your buck tough to beat for an all arounder. Curious to hear the diff, if any from my cousins mk1. 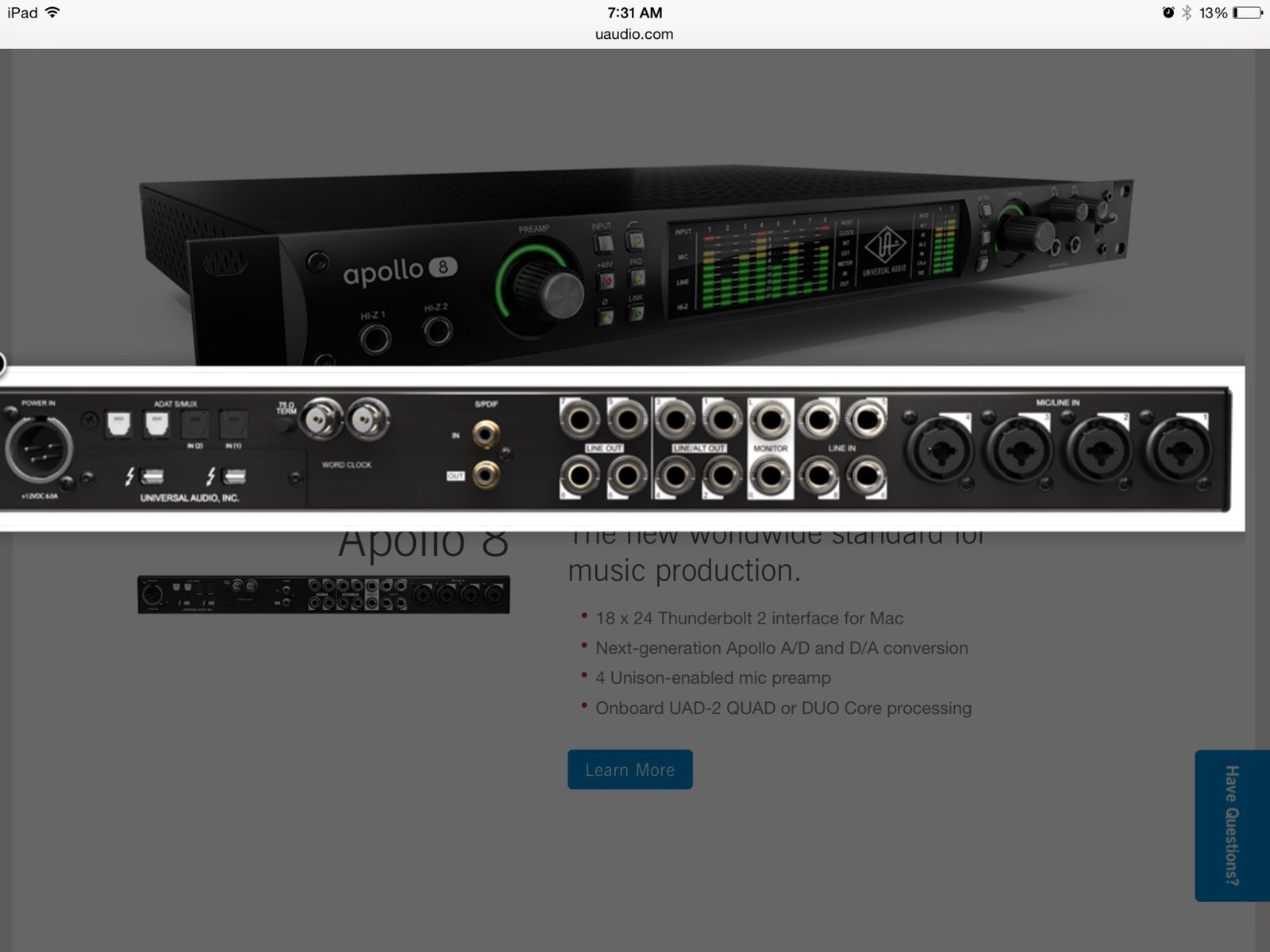