An Oral History by Malcolm Addey

For the first episode of Oral Studio History, we were fortunate enough to get Malcolm Addey to sit down and talk with us. We recorded a conversation that lasted almost two and a half hours in Studio B of Avatar Studios. 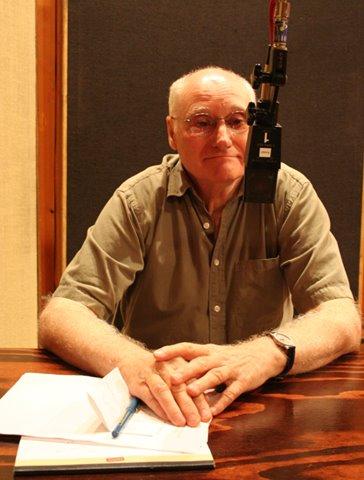 If there were such a thing as a “classically trained” audio engineer, then Malcolm Addey would be it. He started his career at EMI Studios (Abbey Road Studios) in 1958 and worked there for 10 years. He was one of the three engineers working there at the time along with Peter Bown and Stuart Eltham.

In 1968, he crossed the Atlantic and went to work at Bell Sound Recording Studios in New York. After a few years at Bell Sound, he started working at A&R Studios at the invitation of Phil Ramone. Malcolm continued to work in the New York area and remains active in the New York audio engineering community today. Malcolm, whose career spans 50 years, has extensive engineering, mixing and mastering credits.

Malcolm has seen and experienced how recording sessions were done both in the UK and US and brings an interesting perspective on how the profession has evolved.

The lively discussion has been split up into five segments, which you can listen to separately. In this segment, Malcolm Addey talks about his early years leading up to his employment at EMI Studios.

I have original issue Neumann U-67's/87's/KM 86's and a lot of those can and do sound like crap on vocalists where a SM58 outperforms anything else. After all, this is just art. It's not a clinical thing nor is it a scientific thing. We utilize our current scientifically conceived and clinically built equipment. Some people like newer cars others like vintage restored vehicles. And they still all have four tires. I mean we don't need tires anymore. There shouldn't be any problems with small turbine engines for us all to be driving hovercrafts. I've got one. Doesn't everybody?

What was this about?
Mx. Remy Ann David

Not sure comparing automobile tires to sound is a good compariso

Not sure comparing automobile tires to sound is a good comparison. No matter how advanced we get, we will always be human and connected to nature. This is where true love lives in all of us. If it sounds great, I feel it.

I'd be interested in listening to the Malcolm Addey interview, but the link(s) provided go nowhere!

I tried to find it, and…

I tried to find it, and every lead came back to here. Hopefully something will appear!