With its latest release, AMD has closed the performance gap with Intel. The differences apples to apples (core for core) are negligible now.

This means Intel will have to drop prices to stay competitive, and AMD Ryzen is now not only a no compromise option in performance, its a clear winner in performance per dollar.

Also supported is PCIe 4.0. The new PCIe 4 ssd drives supports 5 GB/s transfer rates. This is a step up from the 3.5 GB/s of the previous generation.

With a 16 core/32 thread 3950x, expected to be released in sept 2019, for $750usd your looking at mammoth core and ram counts, and blazing 4.7ghz boost speeds, stock performance. Overclockers have broken the world records with this chip recently at 5.4ghz across all 16 cores.!

In the scan pro audio tests, you can see the ryzen 3900x 12 core ($499usd), outperforming the Intel 9960x 16 core ($1,699usd) processer, in the dsp (plugins) benchmark. It Also performs closely at ultra low 64 sample buffer size in the VI polyphony. This is an area of great improvement over previous Ryzen generations, where low latency VI performance was its weak point, although still good for price vs. performance. With the 3000 series, its now just flat out good.

So it seems if you go Ryzen, or Intel, the competition is good for both, raising performance, and lowering prices.

Here's the current DAW bench scores from Scan Pro. It appears they will be updating the scores as new testing is done. 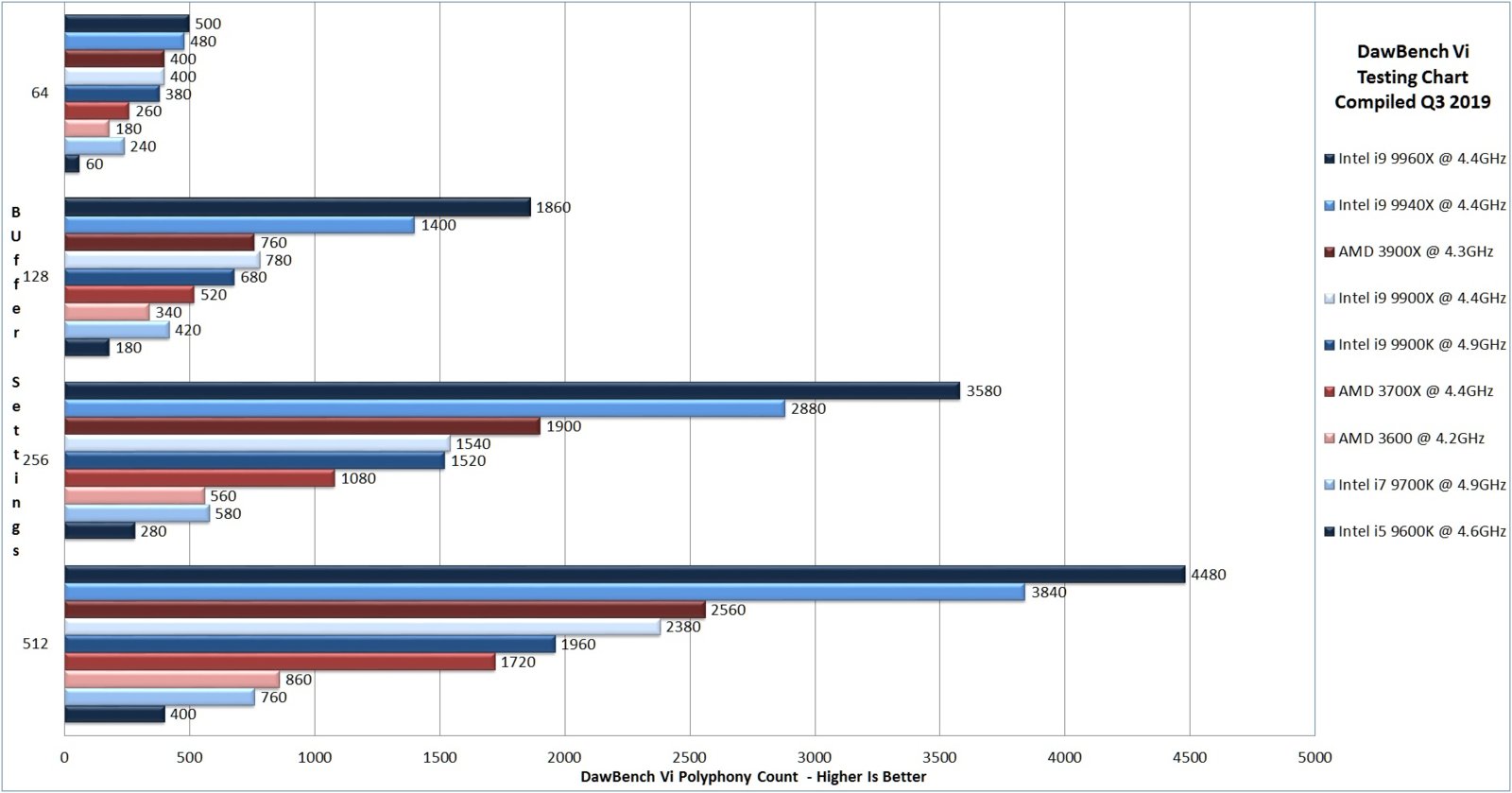 For us costumers it is good, this will lower the prices of CPU's - at least from Intel!