1.Im looking into buying a tube amp for home practice and maybe some recording in my apartment.
Many new amps comes with speaker emulated output for recording purpose.
So when using this output will the amp speaker itself be silenced? (So that i can crank up the volume, for recording purpose, without waking the neighbours)

Please let me know if you have any decent amps to recommend.
Thanks!

That's a wide-open question, unfortunately. But, we can narrow t

That's a wide-open question, unfortunately. But, we can narrow things down.

The literature on amps should specify just what kind of "speaker emulation" it is using. Different amps may use different schemes.

The most important thing is that, with a tube amp, there MUST be a load connected at all times, when operating. If you power up a tube amp with no appropriate speaker, or no appropriate "load" such as some kind of internal circuitry specifically designed for it, or an external "load box" like those made by Radial, or a Mesa Cabclone, Rivera, Palmer, THD Hotplate, etc. , the output section of your tube amp WILL suffer damage. Some of those are designed to lower a higher level to a lower level, to run through a speaker at a lower volume (or a lower-power rated speaker), and some may have the ability to use no speaker, at all. The Palmers seem to have a really good reputation, and are also really expensive! If you listen to much guitar rock, you've no doubt heard it used many times, without knowing it. I've never used one, but that's a fine unit to research to see how things work.

Some amps' "load" or "emulator" schemes may be designed to be able to switch the speaker out, entirely, and just record through a 1/4" output. Those would have a similar thing as one of the external load boxes above, built-in.

Some may only tap the signal at the output, and run it through circuitry to lower the high-level signal to a lower level to record, but leave the speaker engaged, and if that's the case, you do NOT want to disconnect the speaker, if it's a tube amp.

Some may have very simple, basic "record out" circuity, and do nothing more than attenuate the output signal. Those will probably leave a lot to be desired in terms of "good emulated amp tone". Some amps may have more sophisticated circuitry, and the "record out" circuitry is what THEY think is a good approximation of one (or more) speaker cabs, with eq and stuff designed to what they think might sound "just like it's mic'ed up!" Some may even have tweakable/programmed/programmable digital "emulations" of various cabs (1-12" American, 4-12" British, etc.) and even miking schemes (Center cone, off axis, etc.) ...kinda like a basic built-in Line 6 POD, or something. Some companies are "blending" the two (tube amp with digital emulations/effects), but most are lower-end models meant to try to be 'everything to everybody', and they usually fall short of being anything special to anyone.

As you are probably aware, even a small 5-6 watt tube amp through a speaker (like a Fender Champ) can get quite loud, cranked, in an apartment, so everyone knows your wish to have a good sound from a cranked little amp, without being too loud.

I have no definite recommendations for which small tube amp may be best for you, but others may. It may help if you list a few of what you've already researched, and get opinions on those. I'd stay away from the cheapest of brands. I mean ANYTHING will "work", but you may regret putting that $150 into something that sounds crappy (no matter what), instead of another $150-$200 into something a little better.

My humble advice is to just start looking at amps with something they claim has a "record out", "speaker or amp emulation" feature, etc., read the literature to see if you can find what particular tyrpe of scheme it uses, and maybe see if the speaker is able to be disengaged as part of its design. Many small amps may also come as either a head only, or a combo with the speaker. Unless you already have a good speaker cab, if you buy a head only, you will also have to factor in a speaker cab, as you have said that you actually do want to use a speaker, sometimes. A single speaker combo is often not MUCH more expensive than a head of the same model, and buying a separate cab along with the head MAY cost more than what you spend on the combo. With a combo, you (almost always) have the ability to unplug the combo's speaker, and plug in a different cab, if you wish. Or, on some, may even have the ability to add a cab, to use in conjunction with the combo speaker (keeping in mind any particular amp's recommendations of doing so, considering impedence, etc., and if it needs switched, or whatever).

OK, those are some things to consider for what you are looking for. I have a feeling MOST of anyone who may reply in here are going to probably say that there really is no good reasonably-priced, mass-produced, low-wattage tube amp whose "emulation" is going to sound "recording-worthy", no matter what scheme they use. You'll likely hear that there is no cheap alternative to a GOOD tube amp, cranked to sweet spot, and carefully mic'ed.

May hear that the closest to "reasonably-good emulation" is going to cost you good money, like running a GOOD amp through a Palmer, or even a Kemper Profiling amp, etc., which samples continuously-variable aspects of a real amp and speaker combination, stores it all digitally, and can further mix'n'match the characteristics of different amps and speaker combinations, and even tweak those. IF you have a couple thousand $$$, and access to a wide variety of different amps and cabs, AND plenty of time to sample them all!

You're probably like me. I have plenty of amps...just not the $$$ to buy THAT, nor the time to load it up.

ANYWAY...some folks may say to figure out a way to go ahead and record a normal, GOOD small tube amp (without all the extra tone-sucking/more crap to break down "emulation" circuitry) in your apartment. Just isolate it, somewhat, and put a mic in front of it. Just don't make the "isolation space" TOO small! It IS a tube amp, after all, and it gets HOT! Cramming it into too-small a space can be a bad thing! On the other hand, if you DID have a separate head and speaker cab, the head could be kept out in the open, and a spaekaer cable ran to a speaker, say, in a closet, whatever. They even make "speaker isolation boxes" for that purpose. The sealed sound-dampening box contains the speaker, and a small gooseneck mic holder, with a short mic cord connected to a connector on the outside of the box, to run a mic cable from and to the recording device. So, the speaker is OK being constrained to a small space...just not the amp!

Great info there from The Kap'n. If you are serious about reco

Great info there from The Kap'n.

If you are serious about recording from a cheapo amp (of any power rating), it's easier to get a clean signal if the recording out jack is transformer-isolated. This is done internally on the better amps, or you can use an external transformer-based direct injection (DI) box.

I've sometimes had to go to drastic measures to get the mains hum out of guitar tracks that have been brought to me for mixing that were recorded from random outputs on an amplifier.

One of the ever-going searches is for that special device that allows high quality sound recordings without damaging your reputation with the neighbors.

Lots of new amps have the speaker 'emulation' out circuitry. Not very many sound very good I'm afraid. This is something that requires a LOT of engineering and a bit of an investment.

I own the aforementioned Rivera "load box" which does allow you to record the OUTPUTS of your tube amp without the need of a speaker cabinet. So, if I wanted to crank up a 100 watt Marshall Plexi and get that sound I can do so without filing a police report in the middle of the night. Mine is the Recording model. It's kinda spendy but it works really well and that particular model gives you a graphic EQ that allows you to use the suggested eq models of popular speakers.

Another very interesting looking device that may be worth checking out is the Rainbow Electronics Warmenfat micro amp. I can't tell you how it sounds but there's a few reviews that give it thumbs up and from what I can tell it doesn't need a speaker load though it CAN be used with a speaker. A good research project for you.

Thank you all for very interesting replies. Some great info from

Thank you all for very interesting replies. Some great info from Kapt Krunch which sort of sums it all up.
At the moment im not sure what to do. I get the feeling its more like a research project to find the perfect amp for my need.
But at least now i know what its all about and how its possible to record good tube amp tone. But i guess it will be costly.
Another thing is that im running my guitar thru effect pedals in a stereo chain so i actually want two amps for a dual mono setup.
Something tells me a multieffect pedal board with emulations straight into the interface will be a lot cheaper:)

Just a little update on this thread. After a bit research i ende

Just a little update on this thread. After a bit research i ended up up with this one.
Laney L5 Studio: 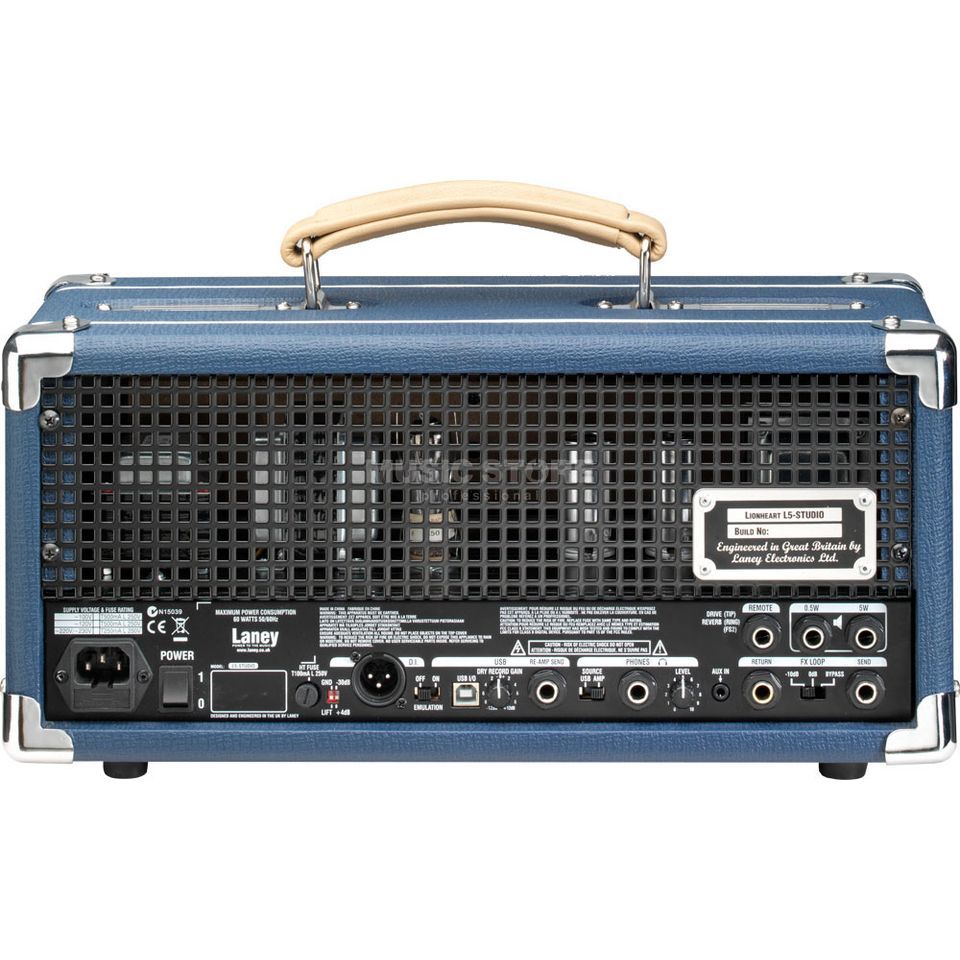 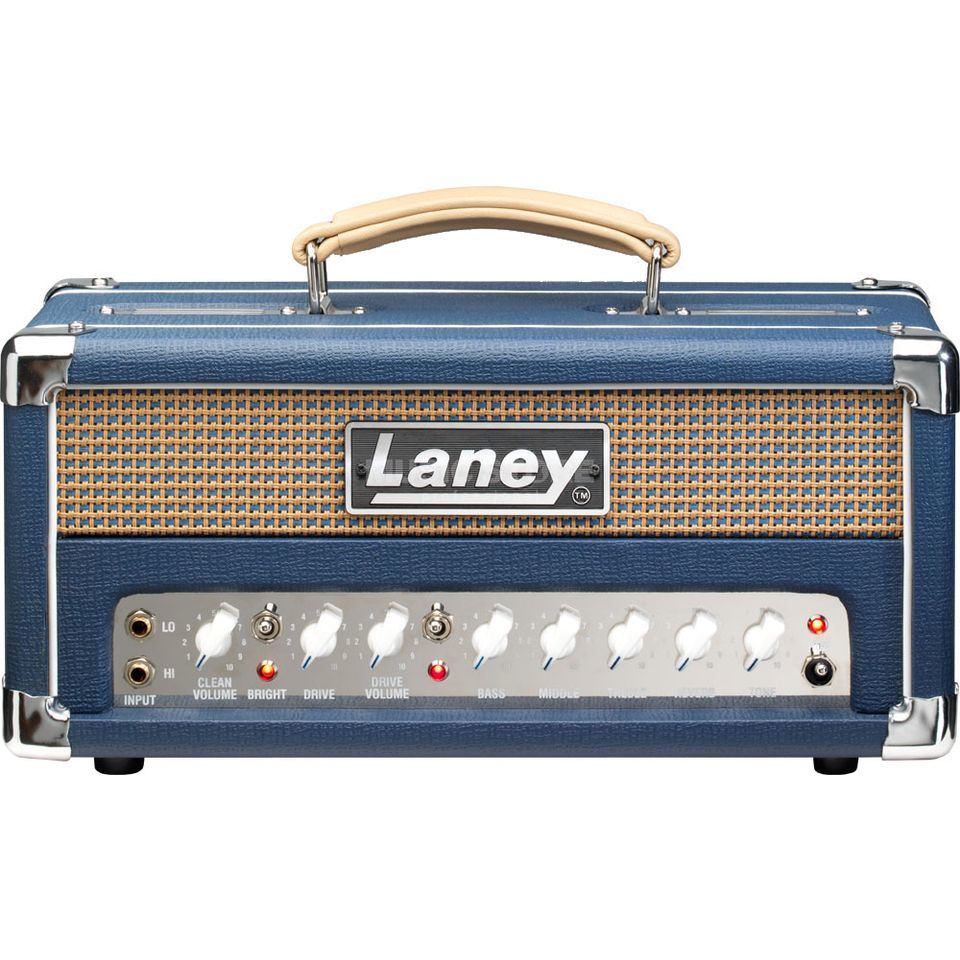 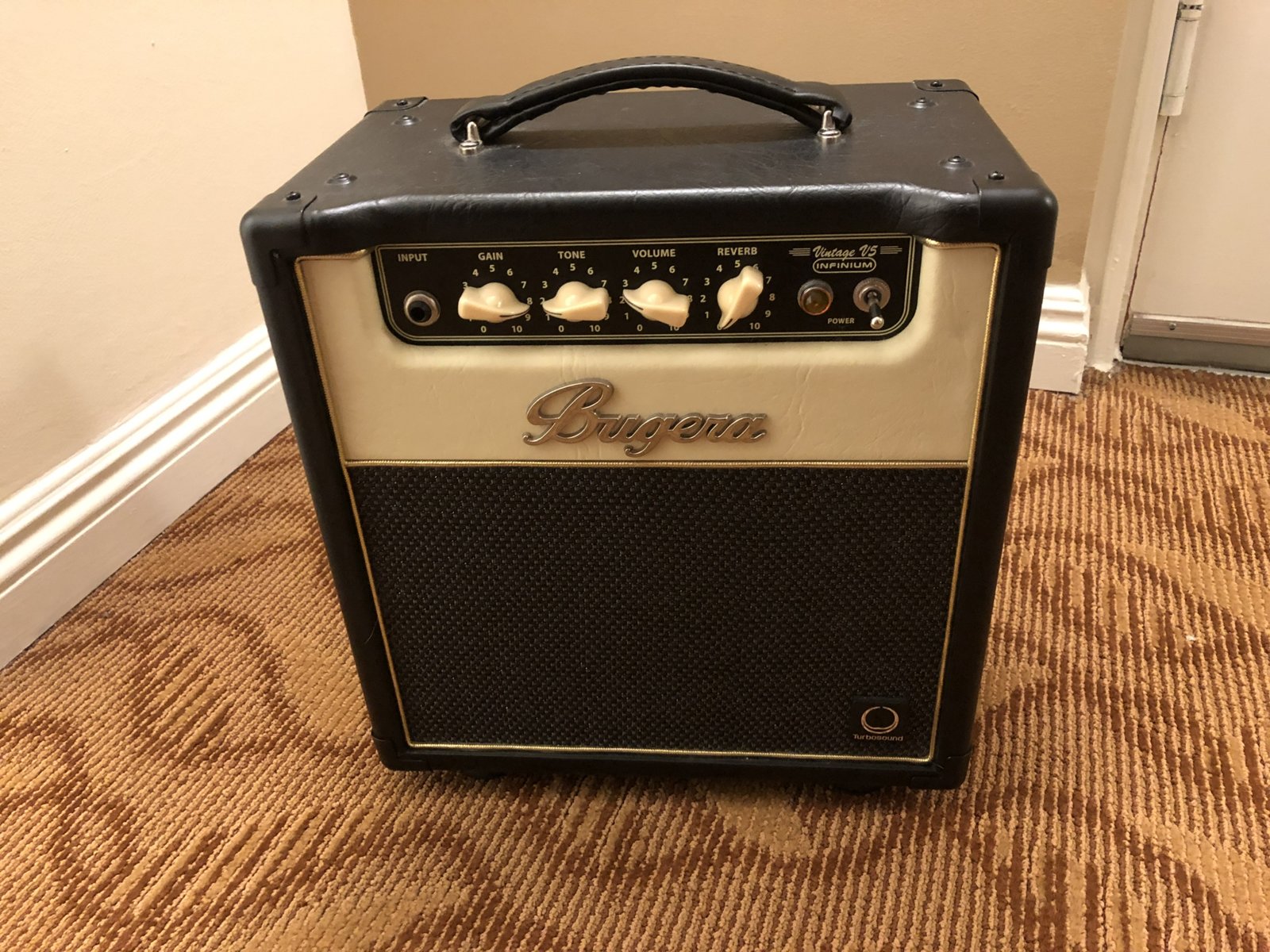 Bugera makes a great 5 watt tube amp that has a built in attenuator. I picked up a used one for a around $100. It’s perfect for an apartment or dorm, and you can actually set it to be fairly loud if you need it to be.