Sequoia 12 is out. North America should be here next month, YA! Here is the official release just posted:

Loudness Metering according to the EBU recommendation R 128 is an important part of the latest version which supports the transition from peak-based measurements to loudness-based measurements for radio and television. The meter’s display has also been redesigned and offers various visualization layouts and presets for common broadcast standards.

The most important addition to metering in Sequoia 12 is loudness metering, which has become one of the most important topics in the radio world in recent years, and is rapidly taking over from known peak-based metering methods.
Up until now peak control using peak levels (-9 dBGS as a rule) has been the standard in radio production. Peak limiters were often used as they limit an audio signal's dynamics, thus negatively affecting sound quality.

In combination with the introduction of open standards for peak control there are reliable ways for engineers and producers to describe subjective loudness in countable terms.

In addition to the method for loudness metering ITU-R BS.1770 provides a recommendation for measuring peak levels of digital audio signals. The device measures the peak value of the digital signal when it is reproduced in the analog domain. Samples of the signal are taken at regular intervals determined by the sample rate. As illustrated in figure 4, it can not be assured that samples exactly match audio peaks. Theses peaks will be restored once the waveform is reconstructed or when signals are processed. Due to the reduced precision of the Sample Peak Meter these new samples may clip or distort, even if the original samples had not been full scale. The common peak meter cannot display “true” peak values.
Sequoia introduces True Peak Metering in Version 12 along with the loudness metering functions. For this reason, the identification of these inter-sample peaks are displayed with 4-times oversampling of the signal and thereby enabling the detection of true peaks. 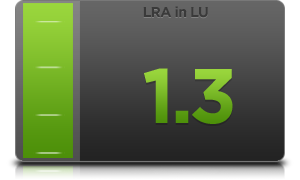 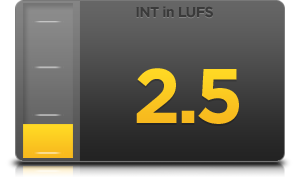 class="xf-ul"> The integrated measurement provides information about the loudness of the entire programme and describes a long-term measurement with the parameters start, pause, and reset. 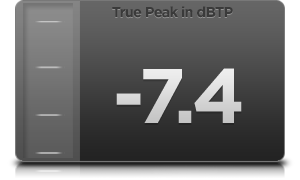 class="xf-ul"> Sequoia allows for the switch of EBU128 and ITU-R BS.1771 loudness measuring on the fly.

YA! Sequoia 12 arrived today, its installed and I am ready! Plus I have Independence Pro with this which I'm soooooooooooooo excited about!
Its been loading for an hour and a half already and its close to finished. What a beast DAW, 70 gig library that is part of Sequoia 12.
I've been waiting years for a system like this and I finally have it. Sequoia is incredible and 12 is the birth of a whole new era. 64 bit makes a new beginning. I'll keep you posted.

Cheers Tim and your team at Magix!

Cool. Congrats. Can't wait to hear something from you soon. (y)