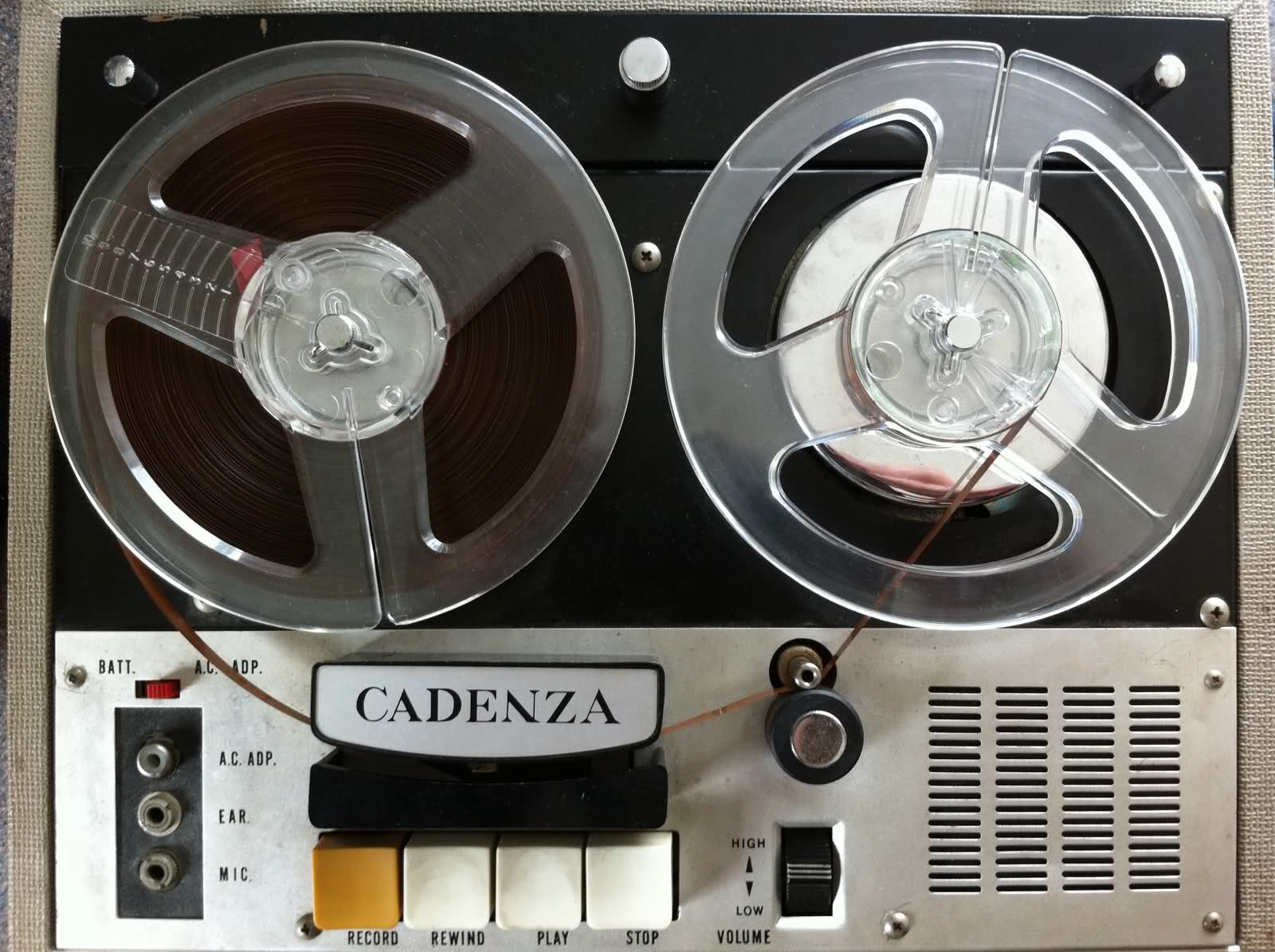 I've just purchased this old Cadenza Reel to Reel tape recorder from a car boot sale. The guy said he though it was from the 50's but judging from the quality, and the fact that it is "All Transistor" I think it'll be perhaps late 60's.

I don't know much about this sort of thing, and it doesn't come with a power cable, so I thought I'd come on here to ask a couple of questions.

Firstly, it doesn't have a power cable; there is a switch to determine AC Adaptor or Battery power, but I imagine it eats batteries so if someone could give me some info on where to get a power adaptor from that would be great.

Also, the input for the microphone looks to be a standard 3.5mm jack but the included mic has a rounded end on it, as oppose to the usual pointed tip. Does this matter?

If anyone has any information about this little portable recorder that would be great - google hasn't helped! I have attached two pictures, one of the front and one of the back (with the case removed) 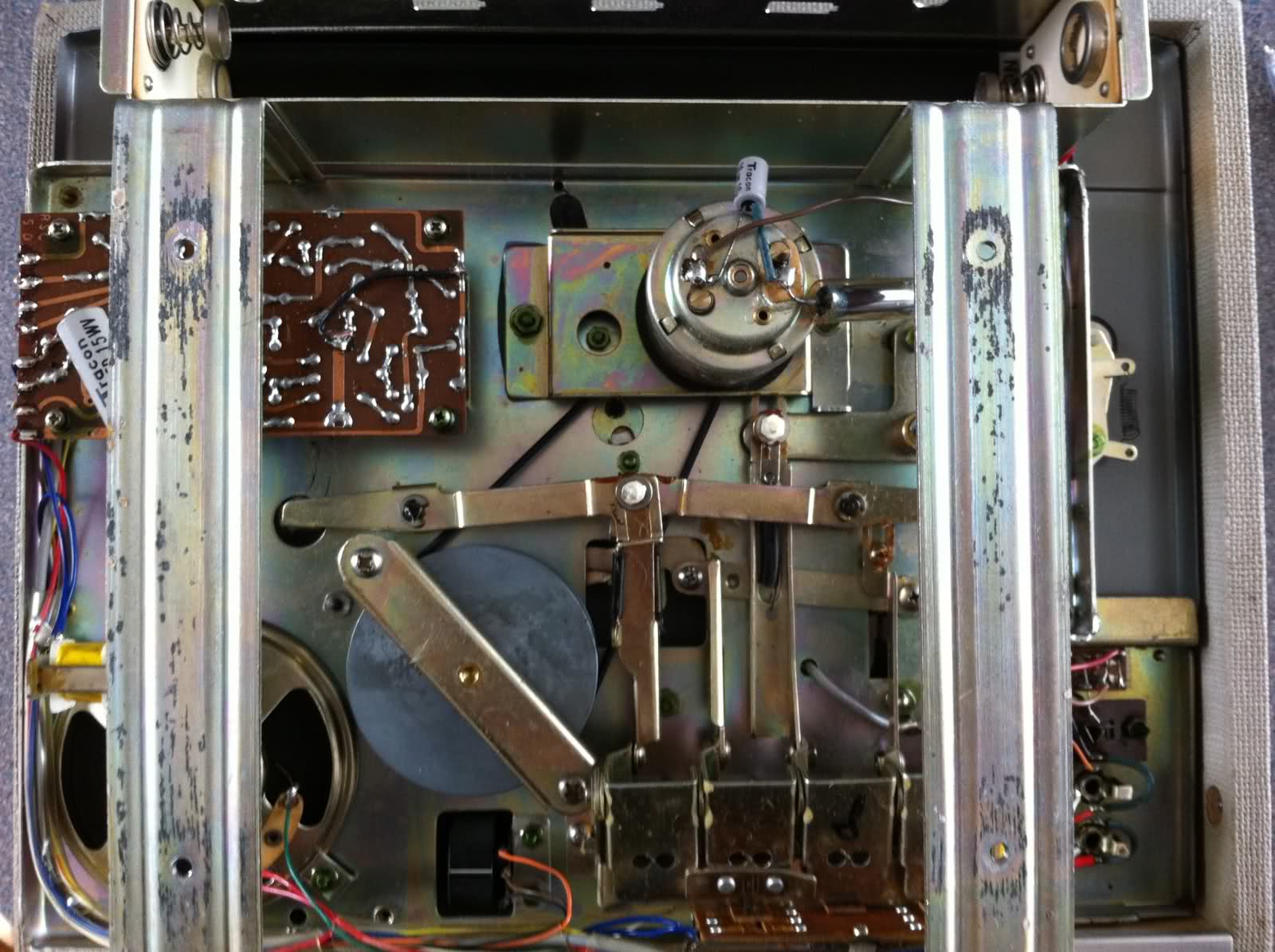