Today I’d like to ask you to help us by https://newkind.get…"]taking our 2015 Avid brand perceptions survey[/]="https://newkind.get…"]taking our 2015 Avid brand perceptions survey[/]. The goal of this anonymous survey is to capture your views about Avid today and better understand where you’d like to see us take the company in the future.

Please share your thoughts and stories about Avid and our products so we can better understand what you think about us today and where you'd like to see us go in the future. This survey will remain open until July 27.

This product is really just a sampler. This company as we know

This product is really just a sampler. This company as we know it, is done imho. It reminds me of New England Digital - Synclavier, Emu System, Arp and so on. Great products that were awesome until technology caught up.
Its such a ripoff, closed in box that will never get me back. Most DAW's today do what their best is attempting to do. The minute you buy into PT, you are buying a dated system designed to keep up selling you another problem. How can you build perfection when you are also creating a platform where everyone is writing software claiming to be better than the stock tools. They build a system to hold extra bloat..

Avid and Radar are about the two worst investment (Radar being the worst) . But, its just an opinion which I welcome the tomato tossing now. I invested a shit load of cash into this product and the moment I switched to Samplitude and independent converters, it was like night and day for me. So, needless to say, I have formed an opinion that I don't mind saying.

At least they are listening.

I took the survey -
My final words are... good luck, you will need it.

I took the survey. My opinions were based more on their custome

I took the survey. My opinions were based more on their customer service ( or lack thereof) than they were purely technical, although I did mention some technical things that I'd encountered with them back when I was a PT user.
My suspicion is that they're not really looking for honest critique or feedback... but that instead, they are looking for possible positive testimonials to use to sell their product.
I did what I'm sure not many survey takers would do ... I left them my name and email... although I doubt that I will ever hear back from them.

To be honest, I did try to download the most recent version of PT, back in April ( maybe May) figuring I would see for myself if the platform had improved any since the last version that I had owned; but I couldn't get it to authorize to my iLok 2... and I didn't attempt to contact their customer service, for two reasons:

The first reason is that I have a life to live and I can't afford to be put on hold for 4 hours, and even if I had been willing to do that, the second reason is that Avid was pretty up-front about the fact that no customer service would be made available to those using trial versions.

Look, I don't want anyone thinking that I'm against Avid/PT just out of some twisted personal agenda. My reasons are real. And it took me a while to ultimately leave them. I would have preferred for PT to have remained my platform of choice, and I gave them plenty of opportunities to be that. I didn't just leave them at the very first sign of difficulty, either, I gave them plenty of chances. But in the end, they just weren't able to give me enough reasons to stick with them.

OTOH, I'm sure I'm in the minority, because there are many who have remained loyal to Avid/PT, and, if it is successfully working for them, and intrinsic to what they do, then more power to them.

DonnyThompson, post: 430763, member: 46114 wrote: To be honest, I did try to download the most recent version of PT, back in April ( maybe May) figuring I would see for myself if the platform had improved any since the last version that I had owned; but I couldn't get it to authorize to my iLok 2... and I didn't attempt to contact their customer service, for two reasons:

I did the same. I don't know another word to describe it other than it was terribly plastic to me and it really hadn't changed for the better in 6 years. I will say this as well. I could have easily been a Pro Tools tutor before I dropped it in 2006. It is a great platform but I really hate how it is a walmart for the bloated plug-in culture. I'm not sharing the love for rows of UAD and other third party plugs that are supposed to be better than stock Pro Tools. Its a weird market to me.

I hated the barely affordable every 18 month upgrade program trap that still goes on today. Replacing it with another DAW system made more sense. I was lucky enough to have some manufacturers send me a truck load of gear years back and I picked and chose through what I thought would work. Which, everything exceeded what I was hearing on a Pro Tools system. 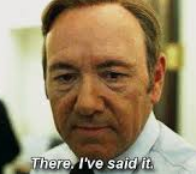