I am sure reaper and other DAW users after watching this video they will respect Samplitude.

please watch the video below

I use Logic for sound design and MIDI many years but, I use Samplitude/Sequoia for Mix and Mastering. there is something that caught my attention about Eq quality. eq116 this eq is the cleanest eq I've ever heard.

Wow, are these skins nice. If you are interested, here is the link:
http://skins.birdline.gr
http://www.birdline.gr/ 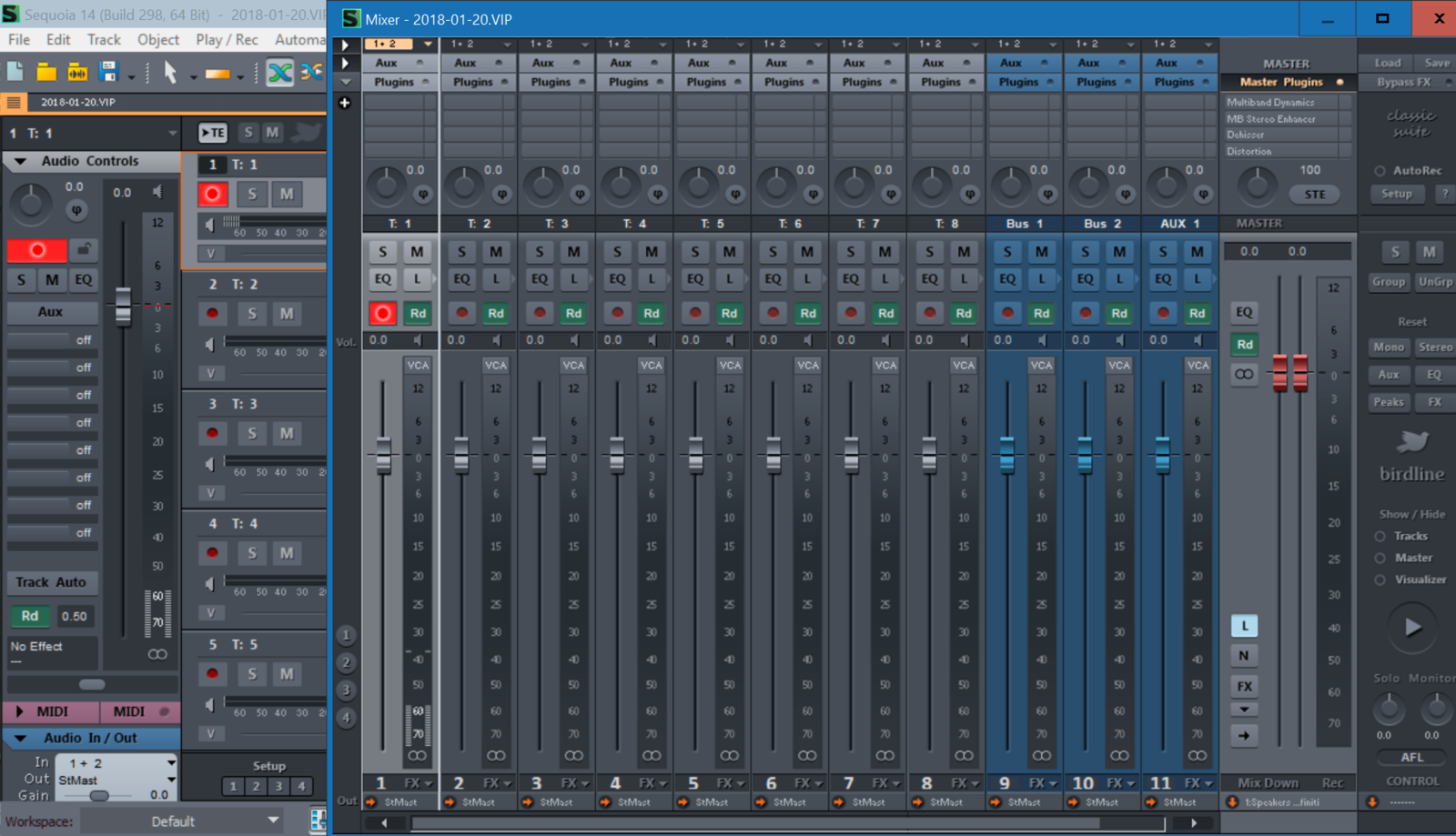 Triggering my live cowbell off snare in Sequoia

I LOVE tracking cowbell as I am among other things a percussionist but sometimes the snare hits are off (cause it can't possibly be me) ;>) and I can't read minds. Ha ha! So how do I trigger my cowbell off the snare so I don't have to line them up. Is this possible without a sampling plug in? :>) Thanks.

Here's another great vid I found from Kraznet onYT...
This one explains using VCA faders in Samplitude Pro X 2 and later. This is a great video for those who want to know about VCA mixing, or who perhaps have questions about what VCA is and what it does.
Kraz is an incredible resource for Samplitude instructions and explanations, his vids are always clear, concise... he gets right to the subject without any fluff or comversational bloat. His vids arent based on a subjectivity, he simply explains the various functions without an opinion.

Here are features Sequoia has that Samplitude doesn't:

In addition to everything Samplitude Pro X Suites has…

It seems as though Sequoia 14 may be around the corner, but... do I want it? I am still feeling the razor burn almost 2 years later, when a scant 3 weeks after I plunked down well over £2000 for v13, out came a Samplitude update with all the features I had wanted from Sequoia... for a fraction of the price ( I think I even saw it for 1/10th the price at one point). Since then, insult has been added to injury with Magix giving Samplitude preference over Sequoia for cutting edge feature updates, and bringing out Pro X3 before Sequoia's update.