Are amp sims a compromise in tone anymore?

This company TH-U, which i discovered a couple years ago has really impressed with with their stuff. I love tube amps, especially standing in front of them rocking out! My back, bank account, and neighbors, don't like the tube amps as much. Lol.

Ive been using amp sims for over a decade, the sheer variety of tone and convenience has made them great but they have always felt compromised in tone relative to the real amps i had. More so when actually in front of the amp, since mics, converters, and studio monitors leveled things out more, but still the amp felt like "my tone".

I think those days may be over. Check these out. To me they range from "so close i dont care", to "i cant tell tbe difference". Considering the flexibility, and the fact that there is so much less gear/$ involved, i really dont see myself aquiring many more guitar amps, especially in the near future.

Slates pack- (warning he does a listening trick at first)

I don't mind mic'ing up an amp, but to do it right takes a while

dvdhawk Tue, 11/19/2019 - 16:22
I don't mind mic'ing up an amp, but to do it right takes a while to tweak mic position, amp position in the room, etc. - and even then the room might make or break you. I know a lot of "purists" who would scoff at using a simulator and they'll work all day futzing around with it, push record, and end up recording something that actually sounds worse.

A great amp with great mic(s) in a great room is the gold standard, but amp sims these days are really good. I own some of the amps they like to model and would have a hard time justifying the effort it takes to mic just one of them up - much less several of them at once.

Over the years I have accumulated what might be a literal ton of assorted combo amps, heads, and speaker cabs, but I don't have any prejudice against good amp sims. I have a few I use for recording and gigging. Live I like the versatility of being able to switch to a completely different rig (pedals, amp, cab, mic) with one button. For recording, I like being able to save a patch for each specific song so the tone is 100% repeatable. I take note of what guitar, pick, switch/knob positions. It's also nice being able to have everyone in the same room to get better feel without getting bleed into the drum mics. You can always re-amp a good performance later if the amp sim comes up short. Personally, if I could only do one - I'd rather take the time and effort to use real drums (avoiding drum replacement software) and use amp sims for bass and guitar. Ideally, a bonafide studio would be able to crank an amp in an isolated room and get the best of both worlds, but you'd need to keep instrument cables short.

It wouldn't surprise me if amp sims are getting that good, but I

bouldersound Tue, 11/19/2019 - 17:13
It wouldn't surprise me if amp sims are getting that good, but I don't think they're good enough to simulate what happens when you have the guitar and amp together close enough for them to interact directly.

I agree with that. You don't get that interaction putting an am

The Softube Feedback plug-in is pretty good in a lot of situations.

Tony Carpenter Wed, 11/20/2019 - 02:53
I just traded away my last guitar amp. A lovely line 6 d50 212 Bogner. I now use unison amps on my UAD Apollo quad, also have an eleven rack and a pod hd500x. I think you certainly lose that unpredictable element, but I’m not into that sound in my personal use, which is all I use them for these days.

If someone wants to record with me, well, unlikely. I’m very happy with the UAD plus eleven rack viability.

pcrecord Wed, 11/20/2019 - 05:13
I don't consider amp sim as being good or not compared to a real amp.. I just think they are different and I never consider them as a replacement for a real amp (up to this day).
I just consider them like one more tool that I would use to serve the song.
When I get a customer to my studio, I will propose my amp, a VOX AV60 which is pretty versatile (with its different hardware signal paths).
If they bring their own amp, I will capture it with 2 mics and a DI.. If it ends up that their sound is crap and unusable, then I'll try an amp sim which I will blend to their sound (most of the time) if this fail, I will reamp the di through my amp...
There is something unpredictable with a real amp that I failed to find in simulators and of course having the pickup and the amp in the same room is part of it for sure !

pcrecord, post: 462718, member: 46460 wrote: There is something unpredictable with a real amp that I failed to find in simulators and of course having the pickup and the amp in the same room is part of it for sure !

I hope it's not to have the pickup coils pick up magnetic fields from the amp! More interesting are the acoustic effects from the amp's loudspeakers to the guitar's strings using the guitar body as a microphone diaphragm.

I once recorded a player of a resonator guitar who had wedged a loudspeaker inside his instrument. He used a foot pedal to control the amount of amplified pickup sound being fed to the internal loudspeaker, and by varying that, he could get extraordinary effects. There are many YT rock concert videos from the '80s showing guitarists turning round to face their wall of amplifiers to get various acoustic feedback and sustain effects. Not too good for the performers' ear diaphragms, though.

Boswell, post: 462719, member: 29034 wrote: There are many YT rock concert videos from the '80s showing guitarists turning round to face their wall of amplifiers to get various acoustic feedback and sustain effects. Not too good for the performers' ear diaphragms, though.

I said it was not too good for the performers.

i'm curious ....to all of you. how old is your oldest piece of

I also have a very old version of Nero (very light install) can't remember the date..

Umm OS or DAW type?.. I have all sorts including on floppies sti 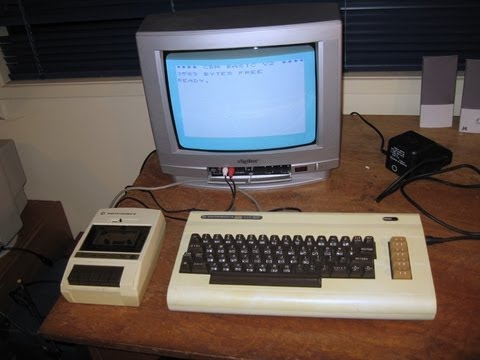 
yeah, i meant anything you can still run. if you can use it, it counts.


Definitely can't run any of that stuff on my machines no sir :). They just sit in varying places looking out at me occasionally LOL. Some are even backed up on CD from when I ran my BBS.

edit : While I get the general direction your questioning is heading, very clever, your point is not in, in this case. It would be a bit like the Victorians bemoaning the arrival of electric devices at this point ;).

Yes I have hardware that is still in use MUCH older than most of my software I now use. I’m sure most of us silver haired brigade own instruments older than that again.

Leaps and bound in the past 3 decades have meant obsolescences have come sometimes in dizzying fashion. Unless my keen eye to tech is askew though I’m sure quantum computing won’t be taking over from 64 bit intel or amd computing anytime soon.

We will change again and again. Acoustic is the only real stay, for now :).

Yours in the struggle,

pcrecord, post: 462718, member: 46460 wrote: There is something unpredictable with a real amp that I failed to find in simulators


For the system I'm building, nothing is more than 3 years old. I will be running win xp on a new computer or drive partition to run my old protools 7.x from 2006, and adobe audition 2.5/3.0 from '04. Interestingly, audition runs on windows 10! This is despite it being 15 years old, and 32 bit. I hope the same for pt7. I dont see myself using pt7 once the stuff is brought into my new daws, but i still like the old audition, and could see myself possibly using it occasionally. So far what ive spent on daws total - roughly $900 since 2002, would get me about 3-4 rolls of 2" tape.... Id love to be able to have both! I dont upgrade my daws (or any software) until a must have feature or major change occurs. Total ive probably spent about 8k on my new software suite over 3 years and the 5 pcs will run just about 6k. This includes an office machine, 2 daws, and 3 slaves. Ive got samples of all major synths, drum machines, 2 orchestral collections, a good selection of top notch plugs, and some various sonic toys.

In the analog realm a might be able to get a studer for 15k, or like a soundcraft ghost, medium grade tape machine and a mini moog.

10 years from now the tape machine and mixer would be worth more than my computers and software which will be no longer state of the art. However the computer and software will still work and sound as good as it does today, even if its relatively mediocore sounding by then. The idea was to build the hardware and software as one complete system. There is just no way i could afford the amount of stuff i have sampled in actual hardware, or the space to put it in.

Instead of upgrade the old, i will simply keep it running, and build a new system to current standards whenever that is, and migrate watever software makes sense to. This is to avoid my current situation of having drives upon drives of old files, but no old hardware to run it.

The waves Renaissance algorithm is over 15 years old, tho basic updates have been made to it. Its probably the oldest pluggin that we still hear on top budget records.

It is an interesting point that Kurt brings up since tube amps last alot longer than the pluggins.

If you compare the TCO (total cost of ownership), a new $20 pluggin like th-u, every year even, still doesn't equal the 3,700$ amp its simulating, until year 185. That two average lifetimes...

I think now its finally close enough that one really isnt always better than the other and the choice can be made based on art. Where previously i always felt tube amps where better.

Its crazy joe baressi said recently on pensado's place, his electricity bill is $2,200 per month for his studio, which includes an SSL, tape machines, and several racks of high end gear. Many racks of gear.