So I was given a free pair of (what seem to look old) ADM 1540 equalizers today and I'm very unfamiliar with the product. I am not finding much info online. The ones I'm seeing online have the actual number "1540" engraved next to "ADM" but mine do not. I attached a photo. Any info on worth or the year it was made would be great. I've attached a photo.

*** bonus points. Where could I get these fixed up?

sorry for the delay in response... I was away from RO for a litt

DonnyThompson Fri, 02/12/2016 - 02:17
sorry for the delay in response... I was away from RO for a little while and am still catching up on past posts, especially those that have gone unanswered. I help when I can. Unfortunately, what I know about ADM is pretty limited, so I don't know how much help I can actuially be with your query, but I'll tell you what I do know, and suggest, and you can decide from there. Fair enough? :)

I would think that any very good audio repair guy could probably help you out, but my instinct hunch tells me that maybe Vintage King would be a place to start. I'm not saying that VK would be the ones to actually service your EQ mods, but I think they'd be a good place to start to find out who would be qualified... and ya never know, VK just might service ADM gear... I just can't say for sure.

ADM was a console manufacturer, founded by owner Bob Blume ( sic?) in the 60's, and many of his consoles became popular in broadcasting - radio and TV, - although a few were installed into recording studios as well. While not as popular as the other choices of the time - RCA, Neve, EMI, Universal Audio, Braun, Helios, etc... they were still considered to be well-made desks. They just didn't catch on as much as the others did - perhaps because ADM was targeting sales and installs at radio and TV stations more than recording studios.

Past that, I really don't know much more about them;, I've cooked on a lot of consoles over the years but I can't remember ever doing so on an ADM. I've seen them a time or two over the years, but I've never actually mixed on one. They just weren't that commonly found in studios.

I guess I look at it this way.... if KDKA in Pittsburgh ( The world's first commercially licensed radio station) felt that an ADM desk was good enough for them, then I'm sure it was a fine desk. ;) 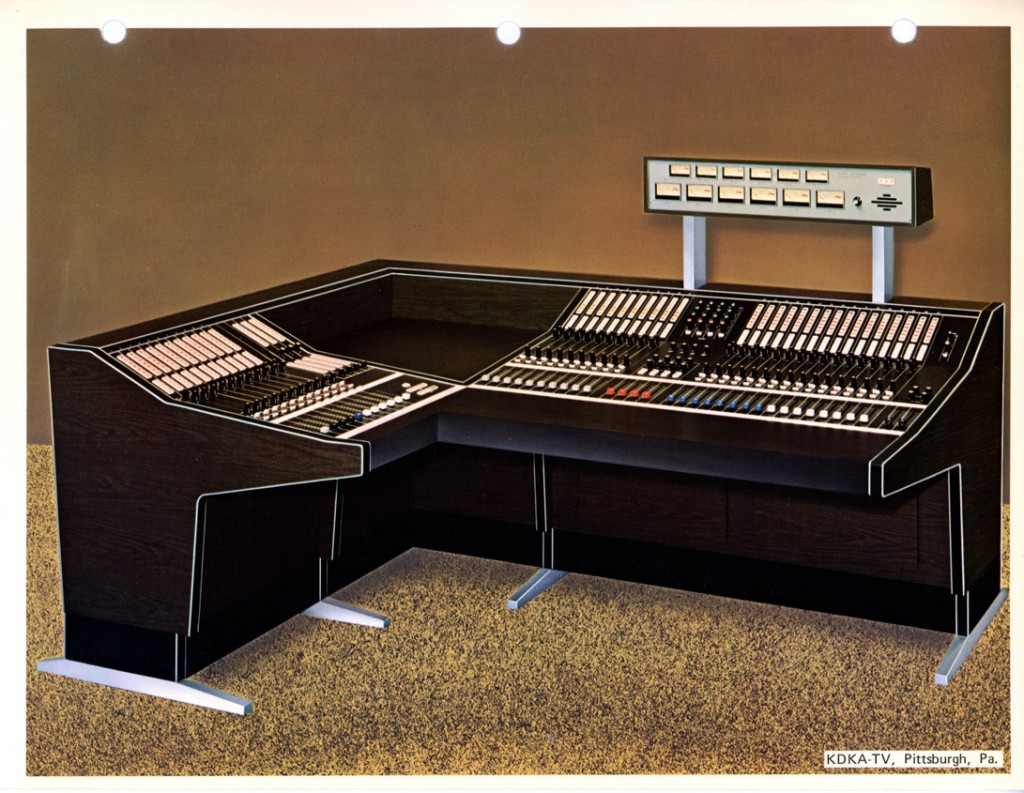