I'm wanting a classic mid range EQ mainly for vocals. Anyone ever have the opportunity to use the Pultec MEQ5 Midrange EQ. There is an SS version but this one has the API gain stage. What do you think the difference is vibe would be?

What I have observed and what many of our customers also indicate is that the API version is more aggressive/punchy with a tighter low end than the tube version. __________________
Regards,

"API version is more aggressive/punchy ..... with a tighter low

"API version is more aggressive/punchy ..... with a tighter low end"

i think the classic would be a better way to go. not that is would sound better but because it's what the original intent was. i always lean to vintage / original.

You would go with the valve (which is classic) or SS which was developed in the 60's?

I'm pretty excited about this EQ. Valve is what I'm thinking too

I'm pretty excited about this EQ. Valve is what I'm thinking too, thanks for the vote of confidence. I do worry about tubes over the next 20 years. I don't want to be scratching for replacements. But, that's that game isn't it.

Just about ready to order it!

you need 2 for stereo

you need 2 for stereo

I thinking tracking main vox or mixing post or for Mid for M/S on the Dangerous Master bus. But once I'm thinking master, I'm going bonkers debating the EQP 1A3.

Should add, I have a few really sweet low and high freq EQ here

Should add, I have a few really sweet low and high freq EQ here , especially the NSEQ-4 which has a high end to die for. I'm thinking the MEQ-5 would get those mids creamy smooth.

Kurt, anyone. I've never thought about this before. Do you see

Kurt, anyone. I've never thought about this before.

Do you see it a problem to use something with this much mojo for only mid (MS) in mastering? Could it add an unpleasant phase due to some bazaar latency between M/S? I mean, on my master bus I've always used two of everything, / everything is arriving and going at the same time if you know what I mean.

I don't see it as an issue but thought to ask at the last moment before the wallet comes out.

Too late... I bought it hehe

as far as too much mojo, i can't say. all i know is those things were used by people who made what i think were some of the best recordings ever. for me there is nothing more tantalizing than front end .. eq's comps and pres ..... it would be impossible to have everthing i covet ... and really at this stage in the game, what's the point?

I know!! Man, if this sounds like I think it will, I will be get

I know!! Man, if this sounds like I think it will, I will be getting a few more. Most likely a pair of 1A3's after this. 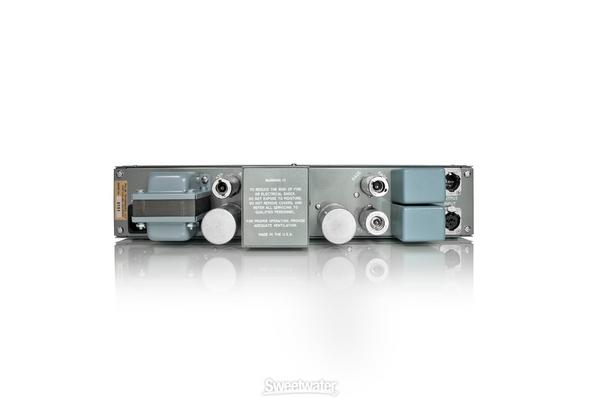 sweet! good on you!

sweet! good on you!

Ahh yes, the elusive quest for "air". Years ago, when I was le

Years ago, when I was learning this craft of ours, I had the opportunity to strap 2 Pultecs to a 2-bus. It was pretty much "instant silk", without negatively effecting the low end. I wish I could remember the model number of those.... not like it would matter if I could, they are beyond my price range. ;)

got the MEQ-5 today. Its beautiful! I need more of these. They r

got the MEQ-5 today. Its beautiful! I need more of these. They really help get those low mids in the pocket. Can't wait to start using this now.

This (MEQ-5) Pultec is sweet! For those interested, and if yo

For those interested, and if you ever get extra cash to spend on something like this, its a good one. If I could have a pultec on every channel I would. The way it moves mid frequencies is very subtle, but effective and smooth. If this makes any sense, its smoothness is more like our hearing. Similar to how we hears things as we move around in a room. Very human like.

I mean, other eq's are very noticeable when you change compared to this. This is more like moving your sitting position as you sweep. Its very easy to sweep and dip/boost the sweet spot, then a little lower or upper mid to put it right where you want it.

I took a chance on this without hearing it. Just going on common sense of 35 years in audio, its all about the mids. Thats where the money is.
Our DAW's and other hardware eq's can put top and bottom on stuff pretty easy, but to get the mids in your face without being boxing/honky sounding is always a challenge eh.
I could have bought the full range 1A3 for 1/3 more but I was thinking, I DON'T need more top sizzle and subs. I'm trying to stop that sizzle and whomp more than keep it. The BAX is perfect for this btw. It has a very effective HPF and LPF.
DAW's are so bright and accurate way up beyond our hearing but they sure suck when we cram the mids.

The MEQ-5 is cool indeed and super quiet. I'll be buying another one to make it a pair.

Davedog; wrote: I had experiences with a couple of real old Pult

Davedog; wrote: I had experiences with a couple of real old Pultecs in a rack. Just running signal through them without ANY boost or attenuation always made things sound smoother. Much like using the circuit of an 1176 without using the compression. There's other devices out there that impart this 'alignment of sonic energy'....I can't call it anything else. I used to own a pair of White EQ's. They were like this also.

I chose the midrange (MEQ-5) with the valves thinking it would be cool just adding it to my master bus for (nice one) 'alignment of sonic energy' and its definitely this indeed. I have this in a patchbay (SSL XPatch) that can switch between tracking or mid/side on the mastering bus. until I get a second one, it works great for the middle. Hearing how it improved the middle 'alignment of sonic energy' opposed to the sides (which is raw) was an ear opener. i now want a second MEQ-5 for the sides and/or other tracking tasks. ( like what doesn't need mid eq correction)
Its to die for. Every step I take now is helping me open up the DAW sound.

The Neos and/or a transparent summing console like the Dangerous 2-bus is still the ticket in my books because I can pass DAW tracks I want to remain super DAW sounding while others, can go through something like this Pultec.
The advantages are more ways to center the attention on example, the vocals. In pop music for instance, you want big vocals but you don't want them to sound like they are part of the DAW mix. Its too clean and unnatural sounding.
When I add valves or trannies on the vox or guitars via LA2A , 1176, Pultec, it helps the track blend better even when its louder.
The other way around, when we leave the vox ITB, I find it more challenging (and rather plain sounding), getting those center of attention tracks to become the 'alignment of sonic energy'.

In a nut shell, its easier to mix the music to a Vox that has "added sonic energy' apposed to all of the same (itb). Sonic variation is definitely the magic ingredient. This is why I like the summing console to be as clean as possible. I can go from Classical to pop simply by switching a patchbay loaded with the colours of choice,
Right now the sides are very easy to shape. Super easy to add that sparkle way up on the top L/R of a mix while having a big ass mono center in your face in a very pleasing way.
Add some verb to feather it in and its all silk and butter.

Well, sold some gear and bought another one of these! Damn, I am

Well, sold some gear and bought another one of these! Damn, I am in "tube tranny heaven". There's a name for a song.

Got two MEQ-5's now and looking at the SS versions. But maybe the 1A3 now. Kurt, have you the SS version in the past ?
Look at the back: 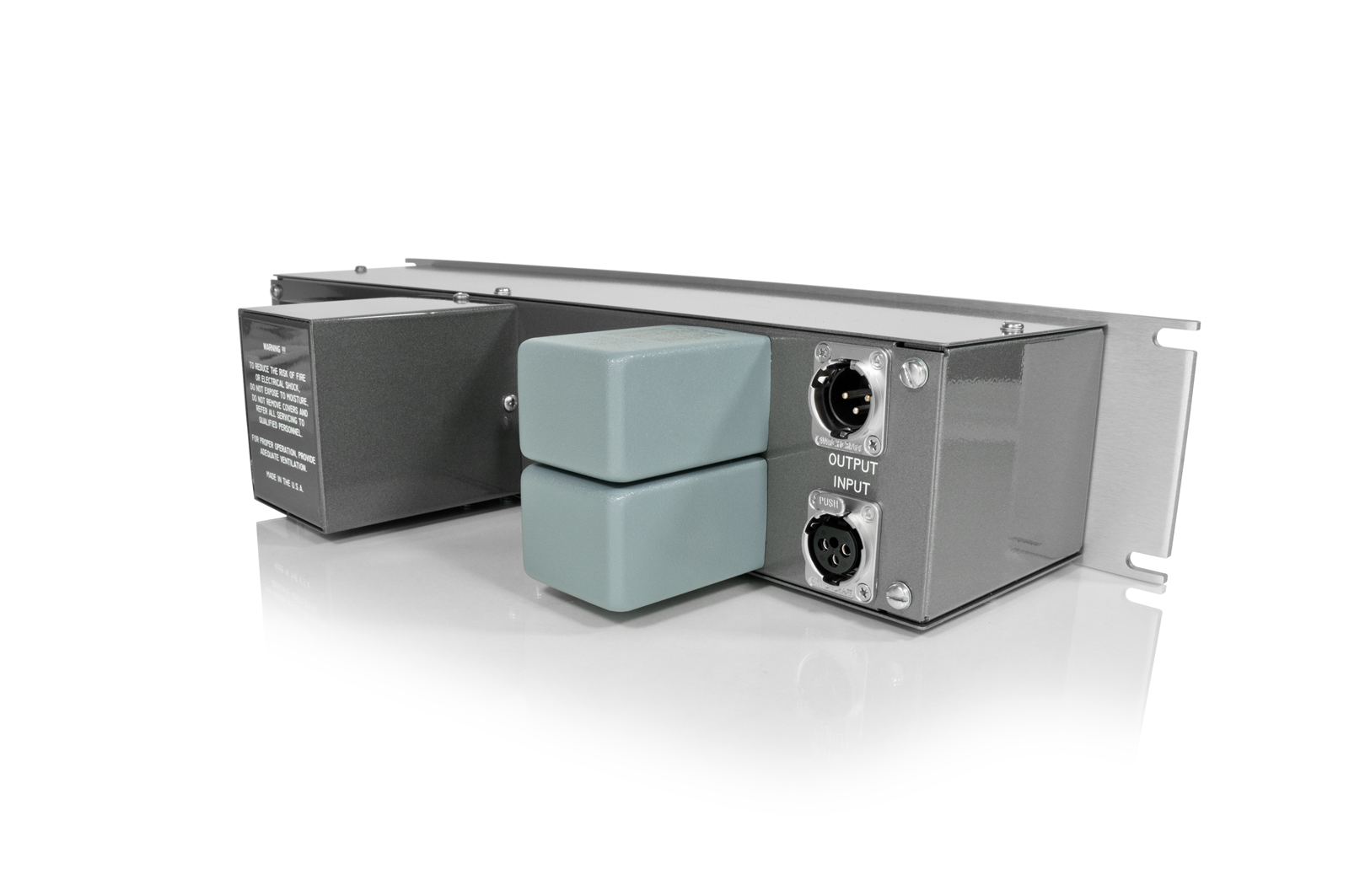 our customers indicate that the API version is more aggressive/punchy with a tighter low end than the tube version.
__________________
Regards,

Thinking the API would make a nice Snare/ Kick center EQ and/or depending on the material, choose it over the tube when I'm using these for M/S, but just for center.
Anyone reading this thread that has the SS version, please chime in and talk about it. I love these so much, I'd like to start a forum just on Pultecs lol.

I wonder how the highs are? Sweet too? Not as, I suspect as the tube.